Reuse and recycling are at the core of sustainable design, but in an ideal scenario you don’t just recycle…you upcycle. You make something of even higher value out of the material you are reusing. 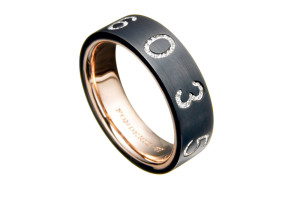 That’s what high-end jewelry and watchmaker Fonderie 47 is doing with confiscated weapons such as AK-47s. According to this Huffington Post article, founder Peter Thum got the idea when saw children in Kenya and Tanzania carrying assault rifles.

The company’s raw material includes a proportion of metal from melted down assault rifles. Mines Advisory Group, an international organization that removes and destroys weapons that remain after conflict, gets a portion of each sale that Fonderie 47 makes.

At nearly $200K, not everyone can afford to buy this limited edition watch, which features “serial number of the AK47 from which the steel was wrought.” But if someone’s spending that kind of money on a watch, it should perhaps be this one.